A wedding ring lost in the ocean in 2013 on a Playa del Carmen honeymoon has been reunited with its grateful owners after a social media campaign using the hashtag #thelostweddingband.

The lost ring had slipped off the groom’s finger during a scuba diving trip on the first day of Jessica Garza and Martin Castillo’s Riviera Maya honeymoon. They realized they had lost the ring when they returned to the dive boat and waited anxiously for hours while their guide unsuccessfully hunted for their treasure. They returned to their home in Nuevo Laredo, Mexico thinking they had lost the ring forever.

In September of 2014, Daniel Roark of Gloucester, Massachusetts was enjoying the reefs of the Riviera Maya on a scuba diving trip when he saw a flash of gold on the ocean floor.  In 7 Meters of water,  he dove down to retrieve what turned out to be a wedding band engraved with “Jessica 16-02-13 TYYJCEM”, 1 year and 8 months after it was lost.  Upon his return to Massachusetts he reached out to social media in an effort to find the owners. His Facebook post about the lost wedding band soon became viral, shared around the world by hundreds of thousands of people seeking a happy ending to the tale, including being shared by Facebook star George Takei. The hashtag #thelostweddingband became the center for the search for the rightful owners of the ring.

After two months of searching, Daniel received a message from a woman in Mexico claiming that the ring belonged to her cousin’s husband. She provided photos of the wedding, the rings and the scuba trip as evidence and after Daniel’s skepticism subsided (he had received about 50 false claims for the ring), he communicated with Martin who was able to identify the ring size, share a photo of his wife’s matching ring and the purchase receipt. He revealed that the acronym “TYYJCEM” meant “tu y yo juntos contra el mundo“, “you and me against the world“.  The couple called Roark their “angel”, expressing their surprise and gratitude to the young man who brought their tale to the world and their lost ring back to them.

The story reached a happy conclusion this weekend in Playa del Carmen, Mexico. Roark flew to meet the Jessica and Martin and to return the cherished ring to the couple.  Saturday they were all invited by the Riviera Maya Tourism Board to Xcaret Park to enjoy the lush tropical setting while taking part in a traditional Mayan ceremony. On Sunday the Grand Velas Riviera Maya Resort hosted the scene for an emotional reunion as the couple renewed their vows and placed the lost ring in its rightful place.

On a sunny day beside the Mexican Caribbean Sea at the Grand Velas, Daniel and Martin waited under the chupah for Jessica. She approached the altar on the beach in her white bridal gown and greeted her husband with a kiss. Daniel was the “padrino de anillo“, “godfather of the ring”, returning the wedding band to the couple and having it placed on Martin’s finger brought closure after a two-year journey. Jessica and Martin renewed their vows, embraced their “angel” and celebrated their love, the success of #thelostweddingband campaign and the goodhearted young man behind it.

Jessica and Martin also shared a preview of the sequel to this story, they are expecting their first child and will name it after Daniel! New friends, new adventures and a fresh start with the ring they thought was gone forever, a fairy tale come true and a “happily ever after” for all. 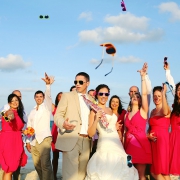 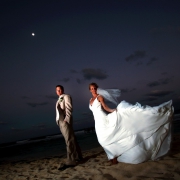 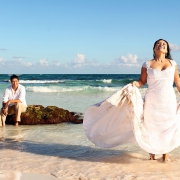 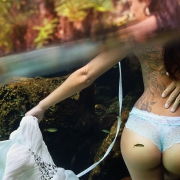 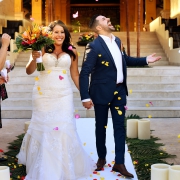 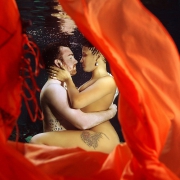