A destination wedding in the Riviera Maya was the ideal way for Ale and Rohan to bring together their family and friends from the far corners of the world. The couple met in 2007 in Cholula, Mexico while Australian Rohan was an exchange student at Ale’s university. Love bloomed and eventually the couple decided to make their home in Australia. Their engagement took place in Fiji overlooking the ocean, having a wedding by the sea was definitely in the stars.

The traditional Catholic ceremony took place on the beach of the Blue Bay Grand Esmeralda, many emotional moments, lots of tears of joy. Ale wore a strapless Maggie Sottero gown with a magnificent full skirt and jewels by Swarovsky, her groom Rohan at her side looking handsome in his custom-made suit by Bali Tailor.  The tears continued with hugs and champagne after the ceremony, before the couple and their bridal party joined Martina on the beach for portraits. Wedding coordinator Patricia Gonzalez put together a perfect day, the reception on the beach with the lit dance floor and paper lanterns was fun for all, even a few drops of rain couldn’t put a damper on the evening.

Ale told me as long as she has known Rohan he has been a total gentleman and he wanted to make the dream come true of authentic Mexican wedding. It was super easy and nice to work with Ale and Rohan – it was like being at home.  As an extra special touch at the end of the diner we were blessed with a quick shower of rain – just long enough for the bridal party parasols to come in handy and make a unique picture! – Martina

We love rain at weddings, in fact we think rain on your wedding day is awesome! 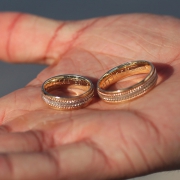 The Lost Wedding Band – Couple finally reunited with their ring! 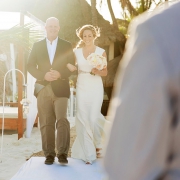 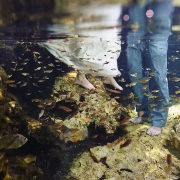 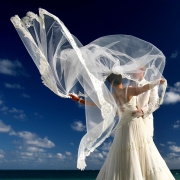 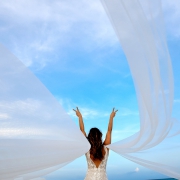 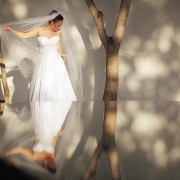