This is the Tulum surprise proposal of Morgan and Brett.   Brett contacted us shortly after he knew he would be in one of the most amazing places on the planet. He told us we would be there with his high school sweat heart and wanted to drop to one knee in Tulum and pop the big question.  He said Morgan was such a huge fan of the ocean and the beach and this was going to be the perfect spot.

UPDATE: Be sure to check out their awesome wedding in Nassau Bahamas at the Four Seasons Ocean Club.

“There are many ways to be Happy, but none as permanent and fulfilling as the happiness one finds in LOVE” 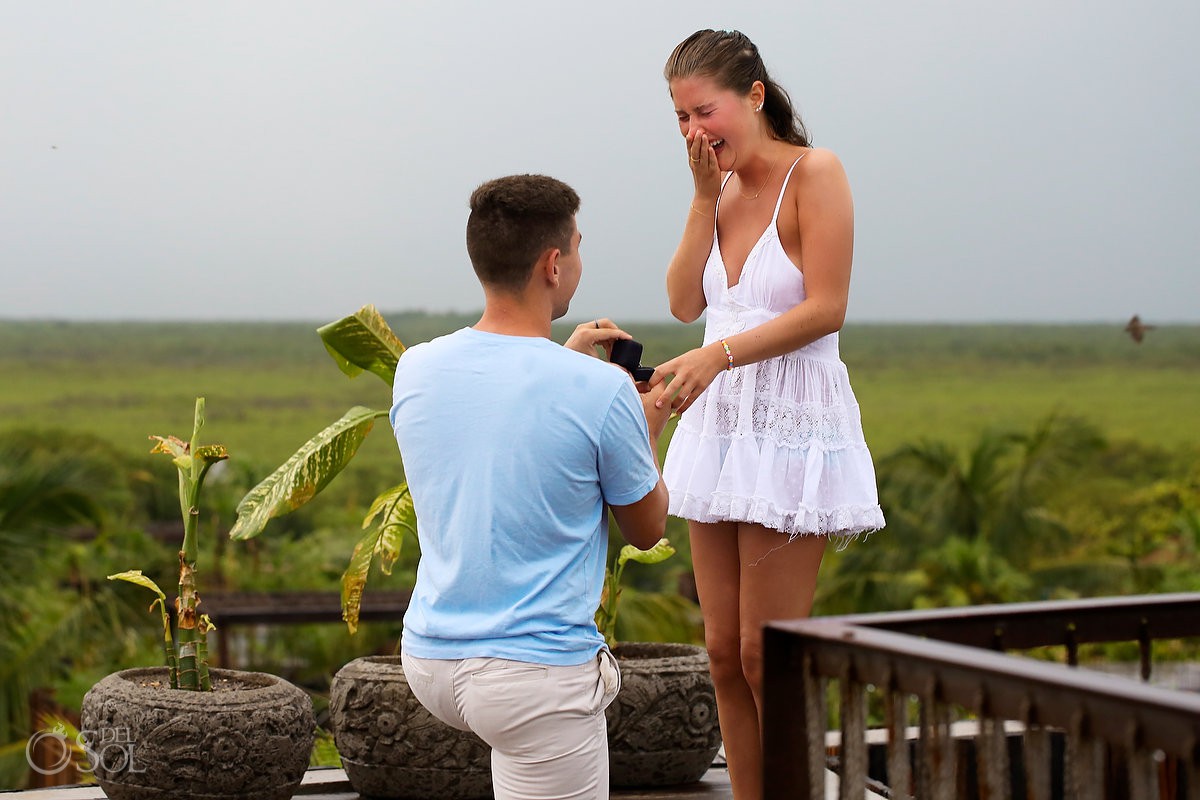 This is the moment when Brett gets down on one knee to pop the question in Tulum.

We were invited to document Brett asking the big question to Morgan. Obviously she had no idea, it was so sweet and loving to watch her reaction to Morgan kneeling and asking : Will you marry me?!!!

Meanwhile, a huge storm arrived knocking down glasses, breaking things.  Somewhat feeling like the situation could be out of control at times due to the wind in Tulum.   BUT, in this case there was a window of opportunity and the clouds broke open, the sky was perfect and Brett signaled to us that it was time to do this.  He staged the entire Tulum surprise proposal on the rooftop of Be Tulum Hotel ! 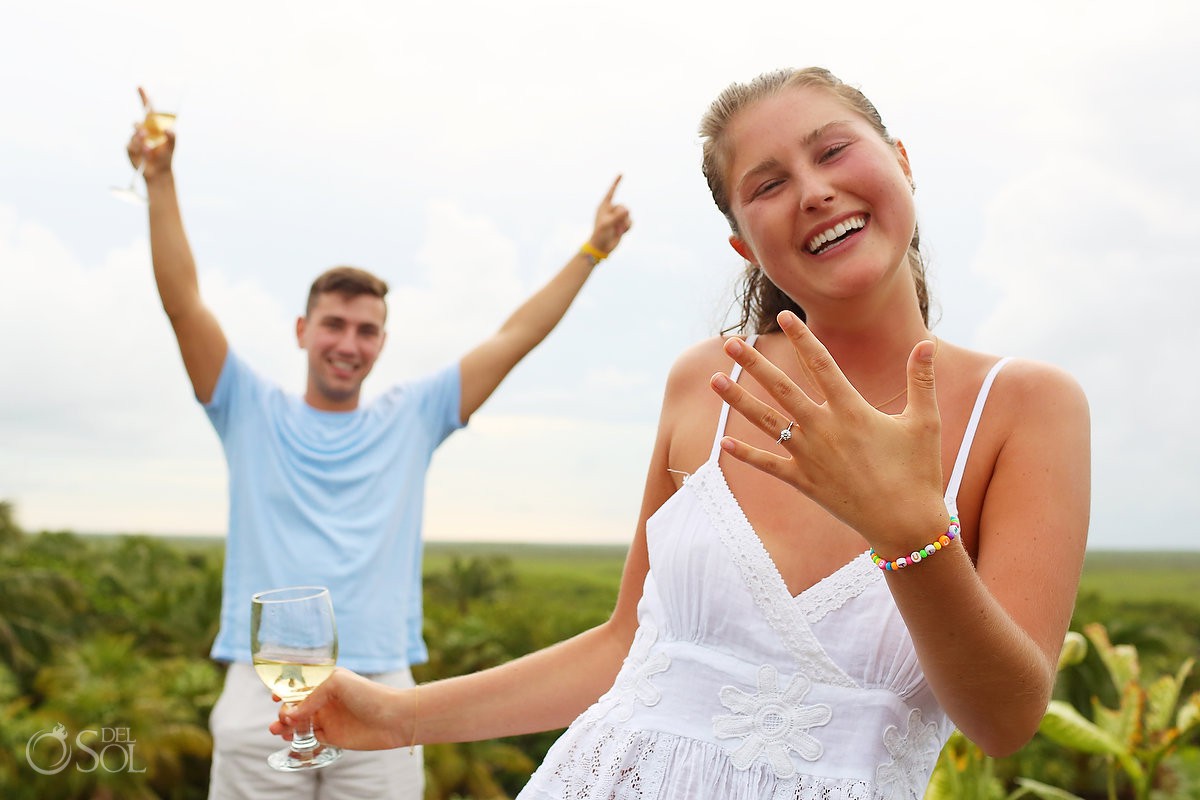 This is the “She said yes” face – Tulum surprise proposal

It felt like being on top of the world!!! Lover at the sky terrace at Be Tulum hotel. Green lush jungle surrounding them , and a light rain to bless them followed by romantic happy dance at the beach. 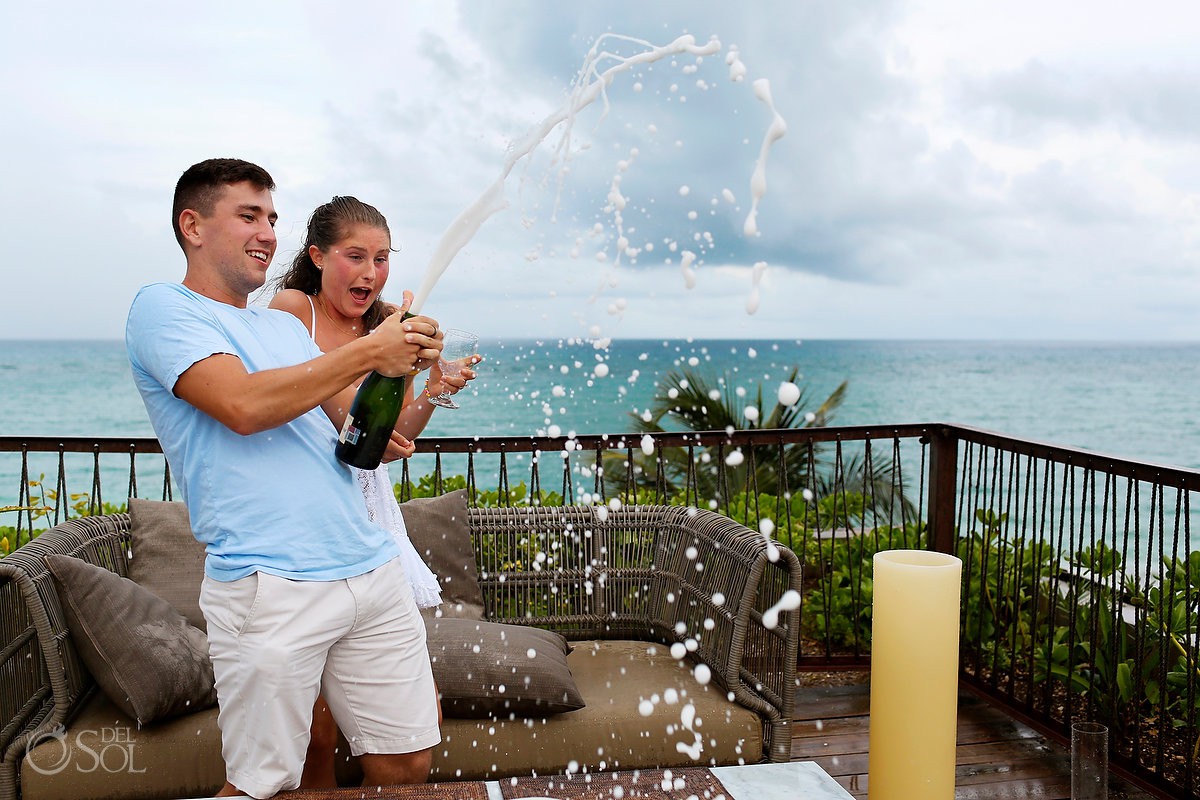 She said yes, celebration with opening a bottle of champagne at Be Tulum 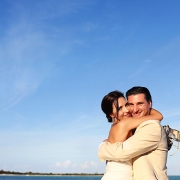 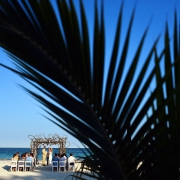 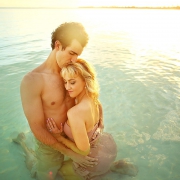