This is the epic love story of two high school sweat-hearts, Morgan and Brett’s Four Seasons Ocean Club Wedding.   They told me they love to travel and even more they love the beach and Caribbean waters..  Having a tropical paradise as part of their wedding is super important to them.   The Bahamas has crystal clear ocean and white sand.  This was one of the defining factors to travel.

We first got to know Morgan and Brett when he contacted us because he was wanting to surprise Morgan and ask her to marry him .

“Oh gosh! We have so many many many anecdotes. Well you both all know how we got engaged because you guys were there (to capture the surprise) which was absolutely breathtakingly beautiful, what you don’t know is what he said during his proposal which was a story when we were 15 years old and in my mother’s swimming pool we were talking about dating and our lives together and he told me while sitting on the stairs of the pool holding my hands and he was going to marry me someday and I remember I got so unbelievably excited and then we proceeded to goof around seeing what it is like to kiss underwater Ha ha ha.”

check out Morgan and Brett’s surprise proposal in Tulum blogpost!

Uniting everyone from both families is also an important motivation behind any destination wedding.  In this case, the families lived in Florida and took an opportunity to get everyone together for a weekend in Paradise. 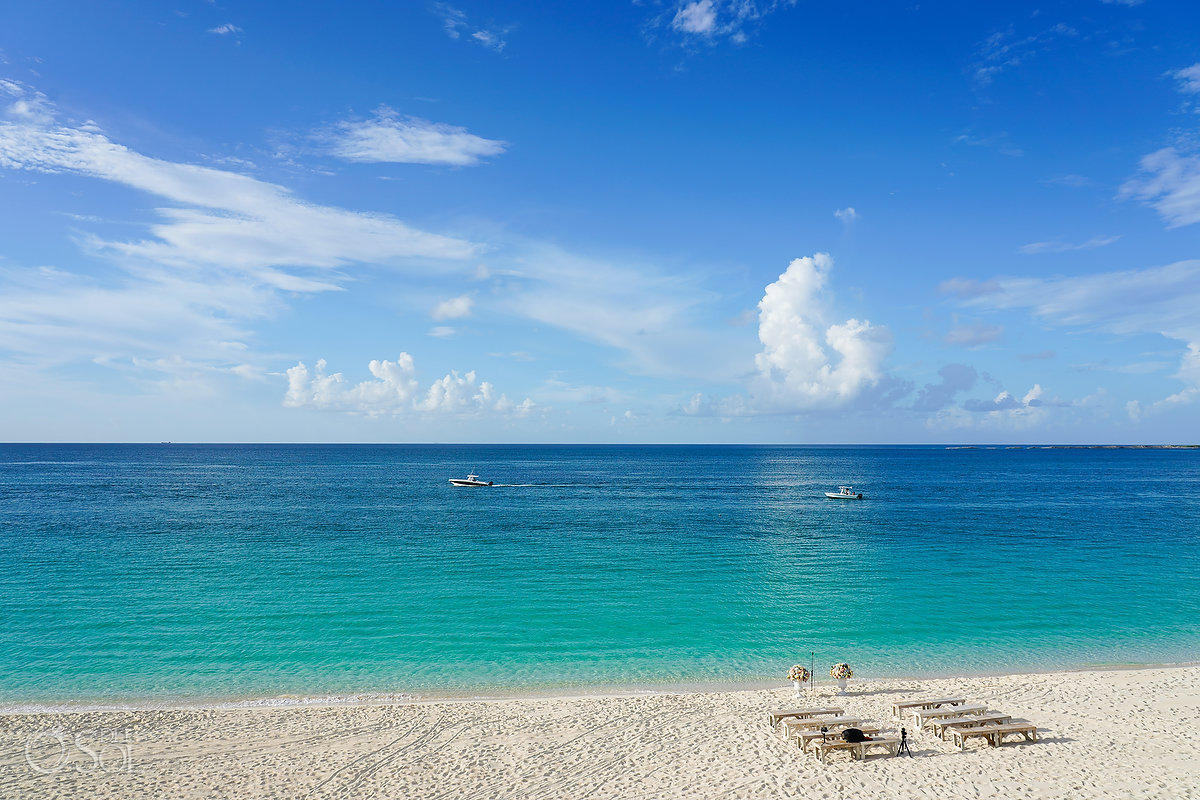 This is my 2nd trip to Paradise Island in the last 10 years…  I must admit that after living in the Mexican Caribbean since 2007, I have been spoiled with perfect turquoise waters….then you show up to the Bahamas… They win.  Hands down, the Caribbean waters around Nassau Bahamas is one of my top lists to photograph a destination wedding. -Matt 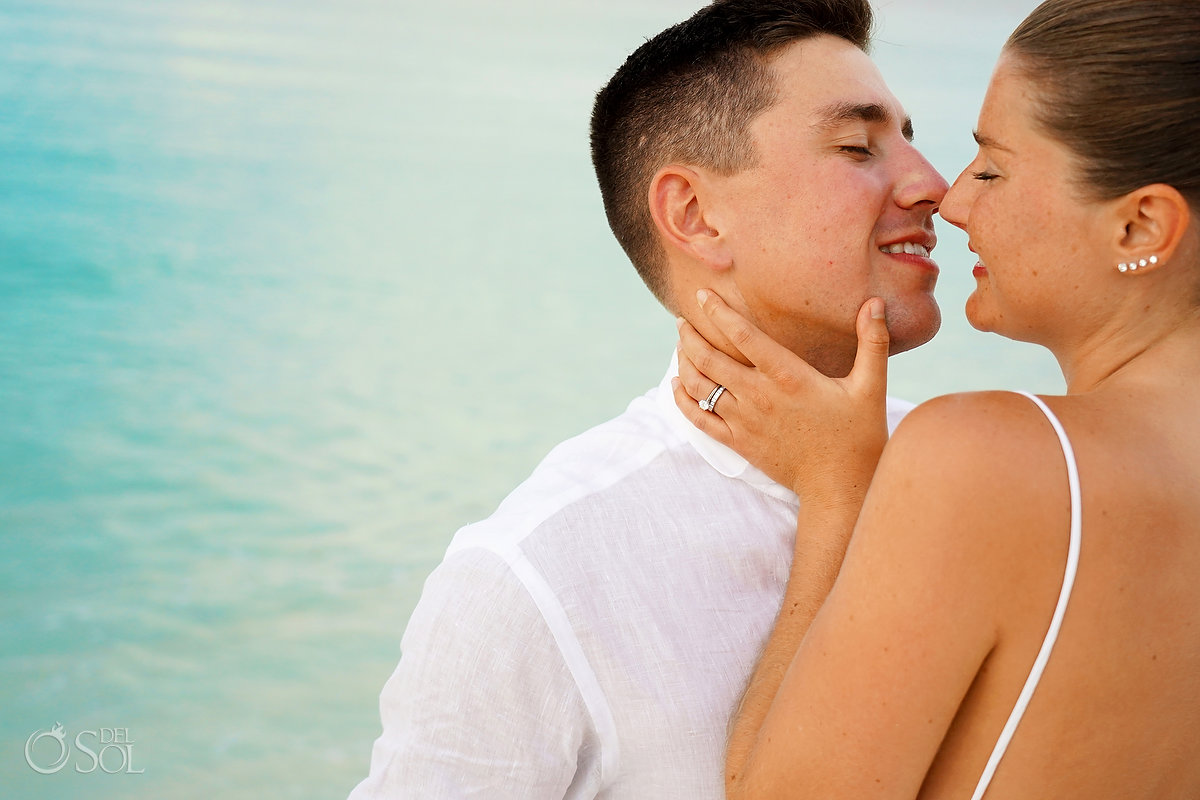 Why should you plan a Four Seasons Ocean Club Wedding on Paradise Island? 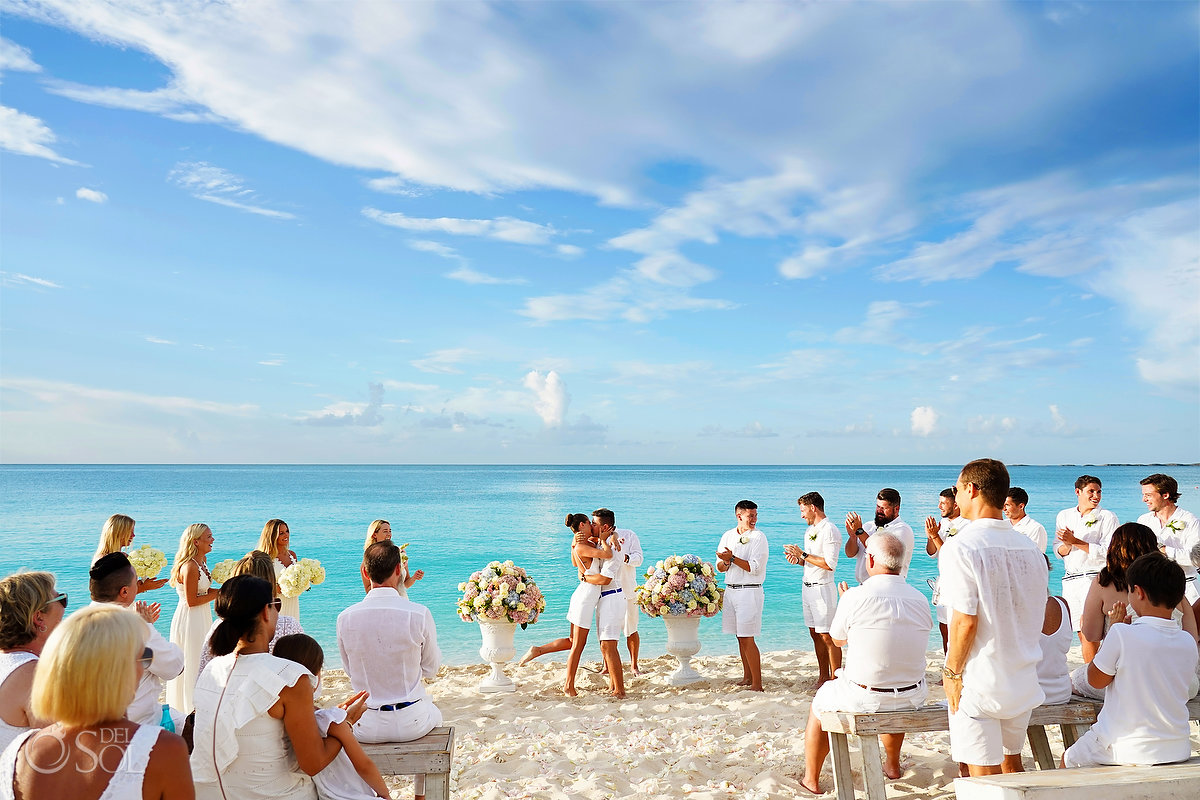 One of the factors is always weather. We noticed many clouds and even some rain in the distance.  The result, epic skies and beautiful color across the Caribbean horizon.  Without any chance of rain at a destination wedding, you have no chance to see a rainbow.  No chance of seeing a beautiful backdrop of a skyline saturated with reds, blues and oranges. 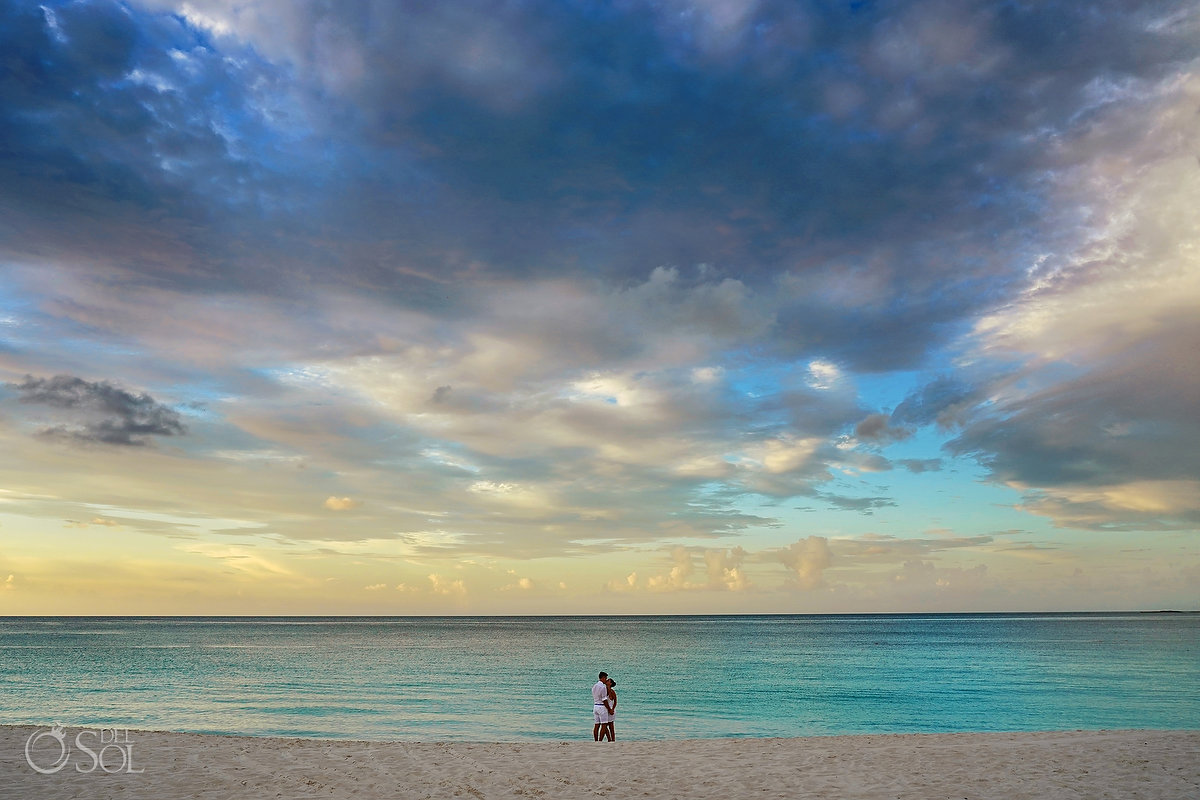 The beach at the Four Seasons Ocean Club

Morgan and Brett really wanted to make magic with us… they decided to do a full on underwater session, in the middle of the ocean.  Normally, you can’t just jump in any ocean and expect clear epic photos.  Currents and visibility is so unpredictable.  Nassau Bahamas didnt disappoint.  Specifically the waters off the coast of Paradise Island and  Four Seasons Ocean Club Wedding are super clear and exceptionally private.  No real public entrances to the beach, so privacy is always observed.

While we devotin’ – full time to floatin’ – under the sea🎶 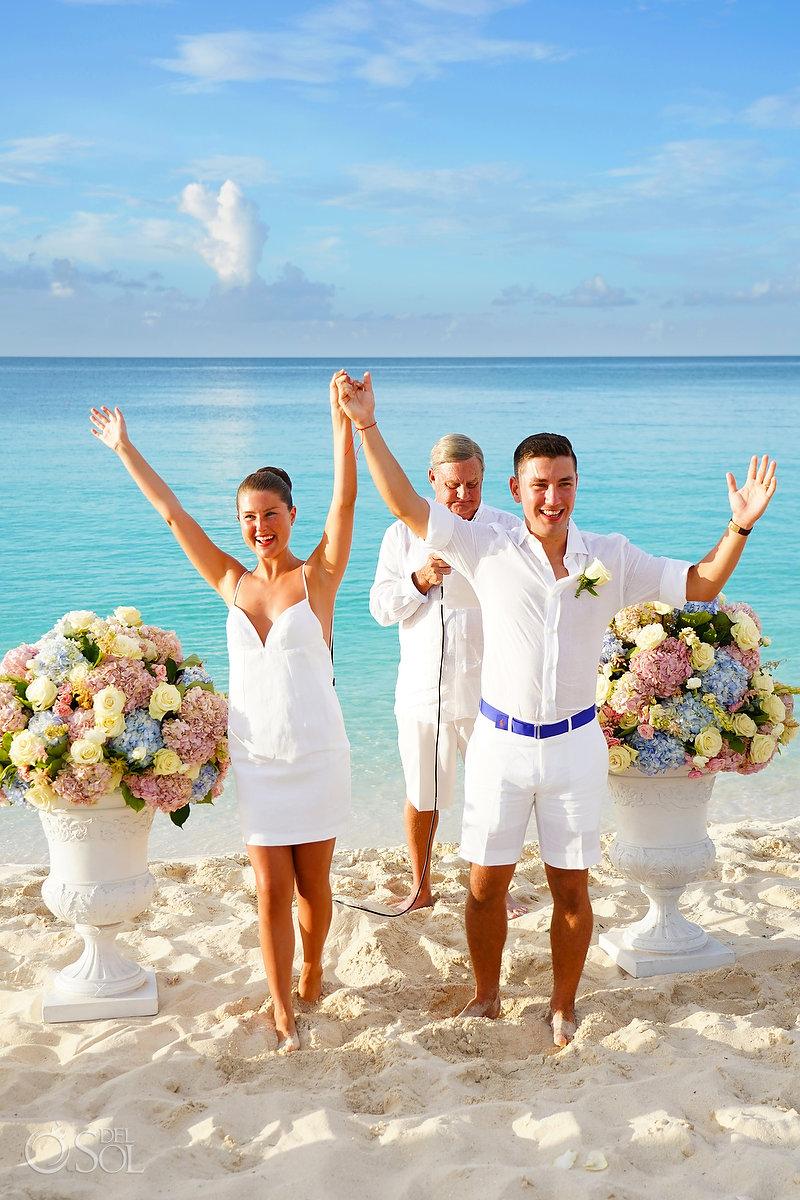 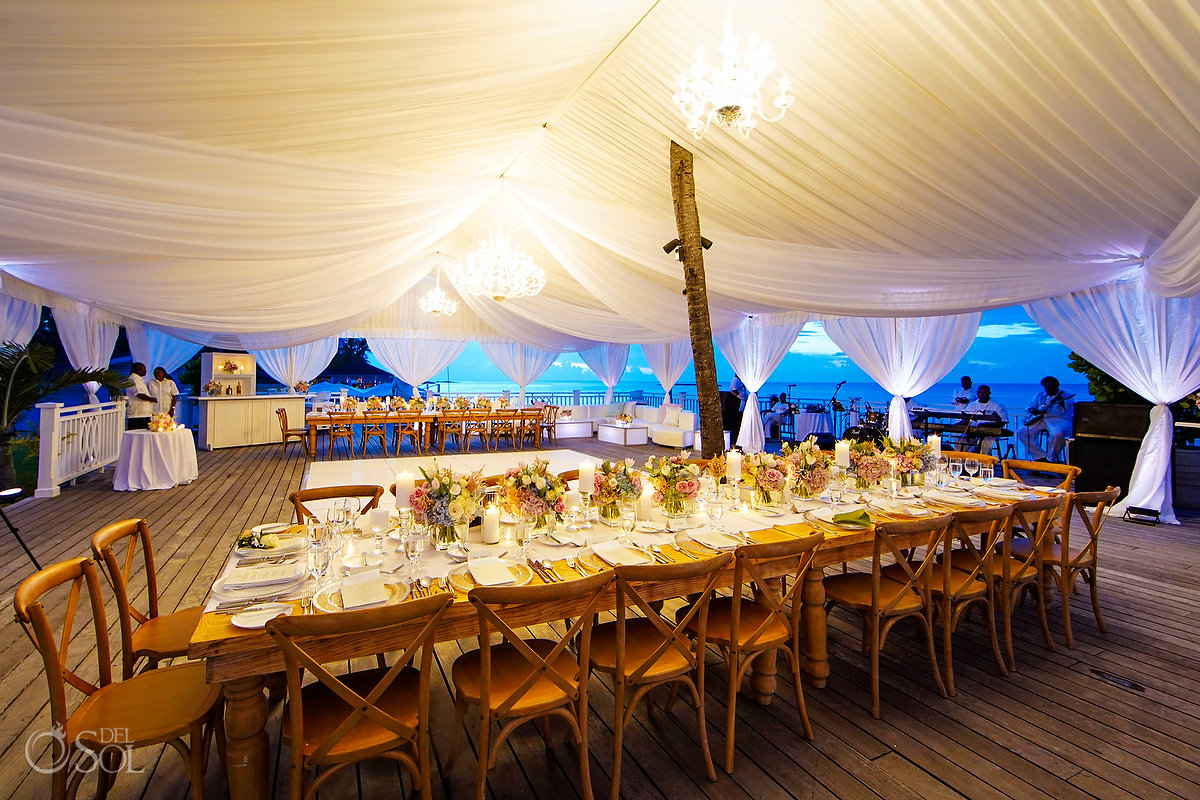 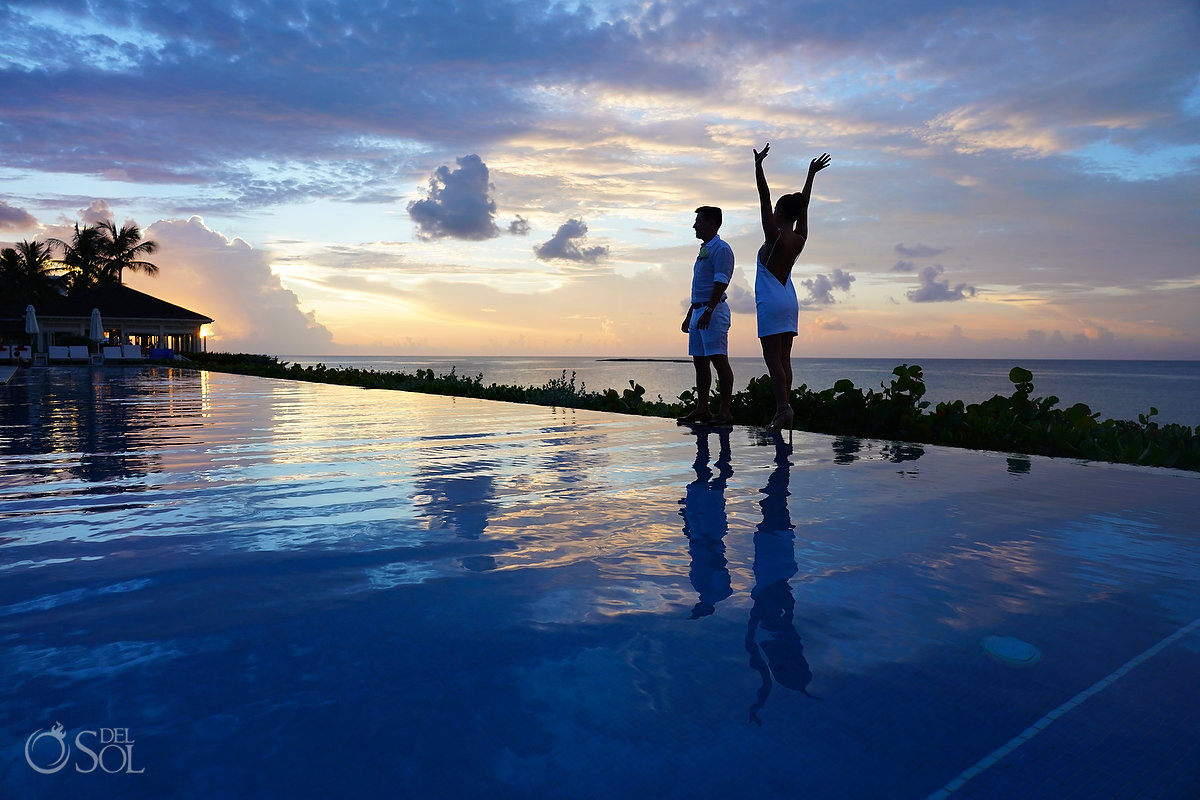 The pool at the Ocean Club 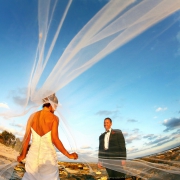 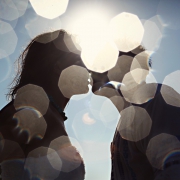